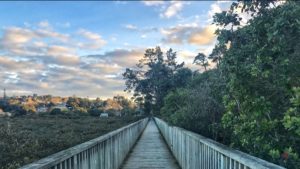 At the recent AGM of the Remuera Residents Association it became clear that change was needed. Few people had put their names forward for the committee to ensure the work of the Association could continue to be carried out, however there was much encouragement from the assembled residents in support of the objectives of the Association. Our rules state that we “provide a collective voice for the residents of Remuera” and “promote the general well-being of Remuera”.

At the meeting there was a presentation by Hapua Thrive, and representatives of Remuera Heritage, Wilson’s Beach, and the Portland Stream SEA were in attendance. The Business Association sent their apologies. It was recognised that residents identified with “causes” rather than Committees – people would put time into those aspects of life in Remuera that are of particular interest to them. It was also recognised that action is required over a broad range of issues.

A way forward was proposed: that the RRA be an umbrella organisation for various Action Groups existing in the Community that focus on Remuera and its residents. The RRA should convene forums open to all residents 2 – 3 times a year to share progress of Action Groups, use digital communications to keep residents informed, and to encourage residents to align themselves to action areas of particular interest. Any group operating in Remuera and broadly supporting the goals of the RRA would be included, both existing and new.

Action Groups for heritage preservation, business development, environmental protection and others already exist, but new action groups are needed. These would formalise what has been happening with the RRA Committee over recent years, but some will extend the relevance of the RRA to the Community. New Action Groups could include: Resource Consents/Development, Parking and Streets, Traffic and Transport, Friends of Ōhinerau/Mt Hobson, Ōrākei Basin User Group, Parks and Reserves, Public Art, etc.

To present this message and gain the attention of residents in Remuera a “pop-up shop” and/or presence at community events will be established to feature the work of the collective of community Action Groups working towards a better Remuera.

To implement this approach, I will work with Jan Bierman, the RRA Communications specialist, engage the newly elected committee member Ursula Drumm as Executive Secretary to make this happen over the next few months, and utilise the help and support of the Ōrākei Local Board.