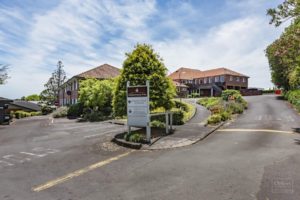 The former Caughey Preston Trust site in the Auckland suburb of Remuera has been sold to a local buyer.

Widely touted as the last strategic landholding of scale in Remuera, the 3.17ha landholding at 17 Upland Road comprises a former rest home established by the Marianne Caughey Smith-Preston Memorial Rest Homes Trust Board.

In spite of challenging market conditions during the sales campaign, there was a good response with investors and developers taking a long-term view to the site’s potential. It is understood the purchaser intends to develop a comprehensive, master-planned residential project on the site. It is likely that nothing will change on-site for 18-24 months

She died in 1938, leaving most of her self-made estate to the establishment of a trust to provide rest home care for the ‘infirm, aged or those suffering hardship in Auckland.

The rest home was subsequently established in the 1960s and evolved to its completed form over 60 years of expansion.

In 2017, the Trust Board resolved to close and decommission the rest home, hospital dementia and rental unit operations and began a strategic review to determine how to continue Marianne’s mission now and into the future.

As part of that review, the Trust appointed Colliers to sell the site so the sale proceeds can be used to ensure Marianne’s legacy to provide care continues in perpetuity.