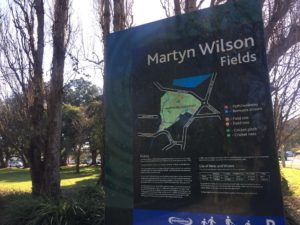 Residents have been concerned at the smell created by the stormwater pond in Martyn Wilson Fields. The pond which was formed in late 2011 has caused a rank rotting sewerage smell to occur, especially over the summer months. Our Councillor Desley Simpson requested that the Council’s Environmental Health and Healthy Waters team investigate this. They established that the smell was due to anoxic sediment and an interim measure was taken to keep a higher level of water in the pond to reduce the amount of sediment exposed. That didn’t work as anticipated so a longer-term solution was proposed to dredge the pond to remove the sediment. The dredging is currently underway with an aquatic vacuuming machine. Council will now monitor and look to de-silt the pond at least every three years to prevent this issue from reoccurring.